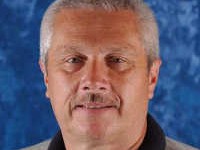 On Thursday, a new legislation named after a Hackensack deputy fire chief who died due to cardiac arrest in 2007, was passed by the senate. This legislation promises medical coverage compensation for the first responders.

The bill was named “The Thomas P. Canzanella 21st Century First Responders Protection Act”. Canazella was not only a Hackensack deputy fire chief but also a leader of the union, who spent numerous weeks on the premises of Ground Zero right after the terrorist attacks of Sept. 11, 2011. He strongly advocated for the medical coverage for Ground Zero workers who were first responders as he was a strong supporter of all the firefighters and public safety workers’ rights in New Jersey.

On Thursday the Senate voted in support of a revised legislation. A similar version still has to be advanced in the Assembly. Senator Linda Greenstein sponsored a revised version of S-264, which passed Senate Budget and Appropriations Committee. The new act basically expands on an existing legislation in New Jersey. The amended version of the bill ensures that the workers get compensation for all the health related issues.

S-264 ensures that if, in the course of service, any public safety worker is exposed to a severe infectious virus or a genetic warfare or epidemic-related pathogen or even biological contaminants, all concerns or treatment of the worker, as well as the services required to determine whether the worker caught the disease, will be compensated under this act, even in cases where the worker is found not to have contracted it during the service. Also, If the first respondent is found to have caught an infectious disease, there will be a rebuttable assumption that any injury, disability, chronic or consequential infirmity or demise resulted by the illness is compensated under the First Responders Protection Act.

The twin tower attacks in New York instigated tons of lethal fragments to enter the atmosphere in the outcomes of the attacks, leaving disaster responders and the residents of the region vulnerable to various health risks. According to a 2010 report, found out that the workers who were stationed at the twin towers premises had lost around 10 percent of their lung function. Keeping all this in consideration, the act is supposed to provide these workers a sense of security as they risk their lives to save the lives of other people.