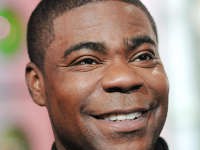 Tracy Morgan, mostly renowned for his roles in Saturday Night Live and 30 Rock, expressed his annoyance at Wal-Mart’s assertion that the accident, in which James McNair died, was partially their fault. Wal-Mart suggests that injury would have been reduced or prevented if the occupants of the car had been wearing seat-belts.

Returning home from Delaware in June, a Wal-Mart truck collided with his vehicle, killing James McNair and injuring several others. Morgan suffered injuries to his leg and ribs; he also spent some time in rehabilitation, in New Jersey.

In a statement, Morgan said that he was fighting hard to get back, and also expressed gratitude towards his fans for giving him support and ‘sticking’ by him. The actor-comedian also sued the company for the crash, as a response Wal-Mart suggested that the injuries were caused “in whole or in part” because of the negligence of the occupants of the car. Tracy Morgan said on Tuesday, that he couldn’t believe it; implying that he and his friends had nothing to do with the injuries that they received.

A spokesman for the company, Brooke Buchanan reported that the company would encourage discussions for a settlement. He further added remorse and condolences for the friends and families of everyone involved.

The truck driver was named Kevin Roper, and he pleaded not guilty. Furthermore, a complaint accuses him of not sleeping for 24 hours before driving. This would be in violation of the laws in New Jersey. Moreover, another report by federal transportation safety investigators suggested that Roper was at 65mph a minute before the collision. The speed limit at the place of the accident is 55mph which had been further reduced to 45mph due to construction.

All of these findings could further narrow down the probability of the court allowing the defenses. The defenses were claimed in court by Wal-Mart on Monday, September 29th, 2014. Morgan’s representative Lewis Kay, reported that the star had been released from rehab, and is continuing recovery through an “aggressive outpatient program”, he further added that he some privacy would be appreciated in this crucial stage of recovery.