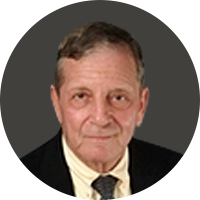 Mr. Auerbach graduated from Ohio State University, where he was a wrestling champ, played football, and boxed in the golden gloves. After serving in the military, he attended the University of Pennsylvania law school, where he received an academic scholarship, wrote for the law review, and graduated with honors.

Mr. Auerbach has devoted his practice to trial work, trying approximately 50 criminal cases, including 8 murder cases, and over 150 personal injury cases, many of which have resulted in recoveries of more than a million dollars for his clients. Mr. Auerbach has often achieved such significant results for his clients even when the defense is unwilling to make any respectable settlement offer, or any settlement offer at all. Many of Mr. Auerbach’s cases have set new precedents, such as allowing a layperson to testify to the likely speed of a car based upon the witness’s perception of the vehicle’s sound.

Mr. Auerbach also has over 35 years’ experience teaching over 1,000 lawyers and judges both nationally and in New Jersey, including courses at Rutgers law school and the “Skills and Methods” course required for bar admission. He has lectured extensively both nationally and in New Jersey, including lectures at numerous law schools outside of New Jersey, and has taught and worked with nationally recognized figures such as Judge William Bauer, a former chief judge of the 7th Circuit Court of Appeals who was also considered for the US Supreme Court, and Tom Girardi, lead counsel in the Erin Brockovich case. Mr. Auerbach has also written extensively on the law and trial techniques, including three books, one of which, “Try It”, was used as required reading for admission to the bar.

Mr. Auerbach has won almost every award in the state of New Jersey for trial excellency, and has been recognized by the National Law Journal as one of the top 5 plaintiffs’ personal injury attorneys in New Jersey.