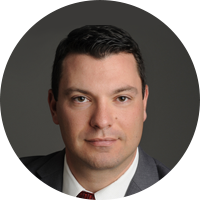 Born in Livingston, NJ, and a lifelong resident of Ocean County, attended Seton Hall University on an academic scholarship, and was a member of the mens baseball team. Thereafter attended New York Law School in Manhattan, earning a J.D. Degree in 2007. Clearked for the Hon. James N. Citta, J.S.C. in Ocean County Superior Court. Served as Municipal Prosecutor in over 20 towns throughout Ocean and Monmouth Counties. Draeger Safety Certified in New Jersey on the scientific operability of the Alcotest.